The world has been witnessing radical changes and successive developments in various fields. The medical field is one of the most challenging for doctors and healthcare providers to keep up with year after year. Artificial intelligence in medicine aims to explore the human body and find successful ways to overcome diseases that are still killing people.

Artificial intelligence in medicine is a modern concept in the diagnosis and treatment of diseases in a smart manner according to the highest technical standards and the latest technological practices, and is like a revolution in the health sector aiming to serve patients in the health sector according to the highest technological standards in the field of artificial intelligence.

However, we should emphasize that artificial intelligence techniques and their use in the medical field will not replace doctors at all, according to recent studies, but they will help in providing accurate diagnosis and clinical care. Of course, doctors are very important because the device cannot provide the psychological support and sympathy provided by the doctor through his ability to relieve tension and anxiety; the machine is also unable to introduce new ideas for a new disease that has suddenly emerged, or suggest new medicines.

AI systems are found to pick up signs of illness that are unknown to doctors, making the AIs more accurate as a result. Fortunately, researchers have found that AI is able to detect cancer and other diseases earlier than possible through standard diagnostic methods, which could be lifesaving for future patients.

Collaboration between doctors and AI techniques

According to experts’ expectations, the collaboration between artificial intelligence techniques and physicians will contribute to improving treatment options and health services as well as the possibility of curing some of the most intractable diseases.

At the moment, medical companies are developing new technologies that focus on diagnosing certain diseases so that devices recognize the medical image and then determine the type of disease expected according to results and analysis using artificial intelligence techniques, which will help doctors get a faster diagnosis of diseases and thus increase chances of cure. On a related note, artificial intelligence can diagnose diseases from telltale groups of symptoms, strange patterns in blood tests, and the subtle abnormalities that cells display as a disease begins takes hold. Time and again, AI systems are found to pick up signs of illness that are unknown to doctors, making the AIs more accurate as a result. Earlier this year, researchers at Nottingham University trained several AIs to spot people at risk of heart attack and found that all of them performed better than doctors. Another AI built at Stanford University in California has learned to spot breast cancer in biopsy tissues.

Robot and Artificial Intelligence in Medicine

The medical sector can significantly benefit from artificial intelligence that simulates the human mind. A robot, for instance, is a machine that acts like a human, responds to some of the sound effects and stores information. Robots are also used during surgery, called “robotic surgery”. It is an advanced form of minimally invasive or laparoscopic (small incision) surgery where surgeons use a computer-controlled robot to assist them in certain surgical procedures. The robot’s “hands” have a high degree of dexterity, allowing surgeons the ability to operate in very tight spaces in the body that would otherwise only be accessible through open (long incision) surgery. Remote surgery (or telesurgery) is the ability for a doctor to perform surgery on a patient even though they are not physically in the same location. It requires the availability of the latest communication technology and the effective exchange of management information systems. Other future applications include the implementation of microprocessors or secondary treatments in the body to perform medical and surgical functions, as well as the use of biological sensors that can read and convert responses to natural and chemical changes for patients with chronic diseases. A China-made AI-based software made its debut in China. After listening to the patient’s symptoms, the robot provides checklists for the patient and medical advice based on the results. Then the therapy will be verified by human doctors. The software consists of diagnostic models involving more than 30 diseases, such as Tuberculosis and depression, which are likely to be misdiagnosed. Based on trial tests in several hospitals, the AI “doctor’s” successful diagnosis rate is 20 percent higher than human doctors.  The self-learning AI “doctor” can constantly learn medical knowledge, experience and diagnosis process. It has a big database consisting of tens of millions of clinical cases. It is designed to be a general practitioner. Every one or two weeks, it can learn diagnosing a new disease. The AI doctor will assist human doctors rather than replace them. For China’s medical institutions especially those in poor areas, AI would be a good assistant.

On the other hand, the hospitals’ management and databases benefited greatly from the work organization and improved management by providing the possibility of collecting information about patients and their histories, which helps in having an accurate diagnosis after the doctor gets informed about the medical condition in full details through the patient’s medical file. These advanced systems in hospitals have contributed to enhancing the ability to have an accurate diagnosis and avoid random drug prescription as well as adverse reactions that may occur. 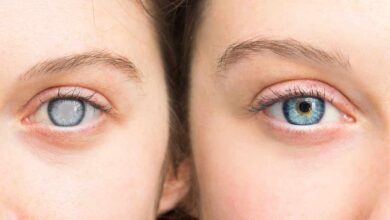 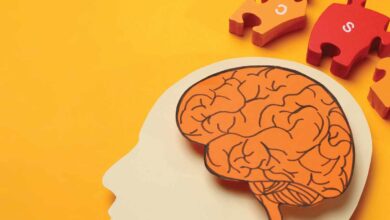 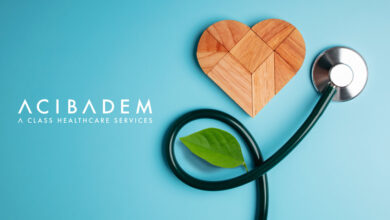 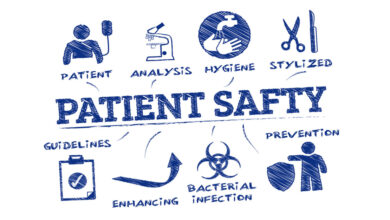