By Zeina Trad-Marseille for The Arab Hospital Magazine Thanks to Didier Raoult, Marseille is home to one of the largest infectious and tropical diseases teams in the world with more than one hundred nationalities within its URMITE (the Research Unit on Emerging Infectious and Tropical Diseases). Pfizer, Moderna, AstraZeneca…For the past several weeks, laboratories have been in a mad dash to know who will have the biggest announcement. Vaccines being developed at a surprisingly rapid rate have remarkable effectiveness rates, yet still lack evidence of their future ability to contain the epidemic. Worse yet, there is no guarantee that they will not cause side effects either. And once the euphoria has passed, many media outlets need to be scandalized by the emerging reserves, Professor Didier Raoult, Director of the University Hospital Institute of Infection (IHU) in Marseille received us to provide an update on the COVID-19 epidemic.

After a year of COVID19 do we know everything about the Virus?

No, we don’t know everything yet. We continue to find out. What we do know is that the sooner the patient is treated the faster the recovery outcome. We also know that 1% of patients are less seriously impacted if treated early. The people who die are those who have a high morbidity rate. We also know that the recent variants in Europe were due to infection between humans and mink. It is a new disease. These viruses have an extraordinary mutation ability like all RNA viruses. They also have the ability to infect other animals and if the virus results in a high-density epidemic in animals, mutations can build up and we can see a new mutant emergence infecting us and creating a second epidemic that stems from another source than the one we had, and therefore creating a second epidemic as the one we know in Europe today.

Why do some people get sick and others don’t?

Everyone is affected more or less. Some experience mild symptoms and others more severe ones. If you are treated very early from the onset of symptoms, you will not develop severe symptoms. Otherwise, there is a good chance it will get worse. This disease affects the elderly population and those with a high morbidity rate (cancer, diabetes, etc.)

Do we know the long-term health consequences of infection?

Yes, we are starting to see neurological, pulmonary and venous complications. But for the moment, we do not have enough hindsight yet to analyze all the long-term complications.

We do not know, but we have seen people who were infected during the 1st episode of the disease, in March-April and who returned 4 months later with a new form of virus variant. Infection with the first variant does not protect against the last variant (variant 4).

Depending on the country, there are different variants. What we are currently seeing in France today is the variant 4 because we did the genomes sequencing, the last variant (the 4) also comes from Denmark where there are a lot of minks and there was an epidemic among these animals. The people caring for the minks got sick and the latter is suspected to be the cause of variant 4. In Denmark, they killed 13 million minks! RNA viruses mutate very fast, but that doesn’t mean it’s more serious. The monitoring of these clones should reflect on the vaccine composition, which must integrate several variants to make sure people are protected.

In your opinion, what is the best protocol in treating Covid19? And is it still the combination of hydroxychloroquine, the antimalarial drug, and azithromycin, a common antibiotic?

Yes, we continue to treat with this protocol with the addition of a zinc supplement. The people who receive care early, recover quickly. In France, we are prevented from doing research for old, unprofitable molecules. There is a power drift between people who have very little scientific experience and real researchers. You have to pay attention to the power of influence. The IHU in Marseille published the highest number of studies on Covid-19 in France (See https://pubmed.ncbi.nlm.nih.gov).

we have developed PCR test with results in 20 minutes. Many countries have used this protocol early, at the onset of the disease, and thus have seen the fatality rate drop by 0.5%! Early testing and early management is what needs to be done.

What can we expect from the vaccines that are starting to be used?

We do not yet have sufficient studies on the consequences of RNA vaccines. I’m waiting to see the real data from Moderna and Pfizer laboratories. I prefer the traditional Chinese vaccine method because we have enough hindsight on this type of vaccine, like the flu vaccine. Moderna and Pfizer’s vaccines are completely new techniques and we don’t know the side effects yet.

I can’t predict this type of thing. We cannot predict a disease progression and mutation. I have always said since January, I am not a psychic. I describe what I see at a moment. I stick to reality. I am a doctor and a scientist. My primary role is to treat sick people who come here and that’s what I keep doing.

Are we going to see the virus still circulating after the pandemic is over?

Yes, it is possible, like Rhinoviruses which are RNA viruses that we see every season because they have a high mutation rate. With the variants, the future is still uncertain 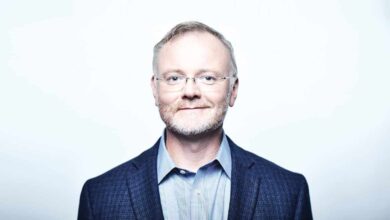 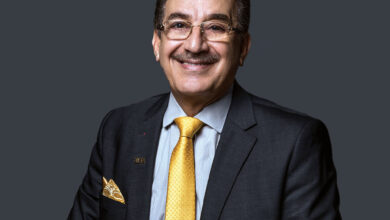 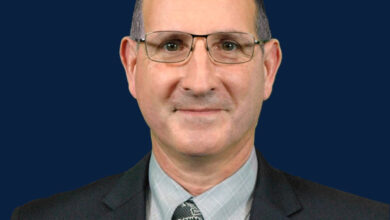